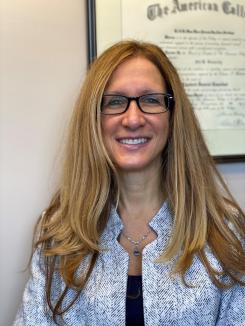 Jill is an investment advisor with Boulay Donnelly & Supovitz Financial Services, Inc., and joined the company in 1987.

She is a member of the National Association of Plan Advisors (NAPA) and received her Certified Plan Fiduciary Advisor (CPFA) designation in 2016.

Jill became an Accredited Investment Fiduciary® (AIF®) with Fiduciary360º in 2011.

She earned her Chartered Financial Consultant® (ChFC®) designation from The American College in 1993. She obtained her FINRA registrations for mutual funds and annuities in 1996 and her life and variable insurance license in 2007. She is an Investment Adviser Representative (IAR) with Commonwealth Financial Network®. 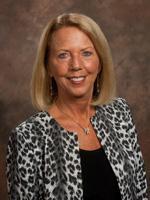 Marcy is an advisor with Boulay Donnelly & Supovitz Financial Services, Inc. Prior to joining the firm, Marcy spent 12 years with Pioneer Investments, a global mutual fund company, serving as executive vice president, retirement plans. Earlier in her career, she led the retirement plans division at Allmerica Financial and also served many years on the adjunct faculty of Purdue University, where she lectured on retirement plan topics.

Marcy graduated summa cum laude and Phi Beta Kappa from Clark University with top honors in mathematics. She received her Accredited Investment Fiduciary® (AIF®) designation from the Center for Fiduciary Studies, associated with the Katz Graduate School of Business at the University of Pittsburgh. She earned her Certified Pension Consultant (CPC), Qualified Pension Administrator (QPA), and Qualified 401(k) Administrator (QKA) designations from the American Society of Pension Professionals and Actuaries (ASPPA), having won the Martin Rosenberg Academic Achievement Award for attaining the highest nationwide exam scores. She is also a Chartered Financial Consultant® (ChFC®), a Chartered Life Underwriter® (CLU®), a Fellow of the Life Management Institute (FLMI), and an Investment Adviser Representative with Commonwealth Financial Network®.

Marcy was the founding president of the National Association of Plan Advisors, the largest industry organization for retirement plan advisors and was among the 100 delegates invited to Capitol Hill to advise congressional leaders about the future of the retirement savings industry and how proposed laws and regulations could affect American workers' retirement security.  She earned her Certified Plan Fiduciary Advisor (CPFA) designation in 2016.

An award-winning author for her contributions to the Journal of Financial Service Professionals, Marcy has also authored numerous articles for other publications such as the Small Business Controller, Research, and the American Bar Association's Property and Probate. She is a nationally known speaker on retirement plan issues and has been widely quoted in the Wall Street Journal, LA Times, Newsweek, Businessweek, CBS MarketWatch, and other financial publications.

Recognized industry-wide as the architect of innovative retirement plan strategies, Marcy pioneered the Uni-K plan concept, which became the first IRS-qualified 401(k) plan for owner-only businesses. The Wall Street Journal describes her ideas as "nothing short of groundbreaking."